originally posted on may the 12th 2012 on Ludum Dare’s website, this article is the second part of the making of Poiesis. You can find the first part here.

A few hours away from the end of the voting, we thought we’d post here some of the assets of our game to give us a little excuse to thank you all for your feedbacks and kind words and your help debugging our thing.

Our game Poiesis, is far from the most polished, but it was a great experience and we’ve been in contact with a lot of incredible people!

If you’d like to try our attempt at world domination, just know that it’s an unfinished little piece and way too complex in it’s current state, we’re working on it to make the learning curve more bareable.

Do read the little tutorial in the description before jumping in, it might help you, and know that the aim is to try to please your clients without knowing their intents clearly. We hope you enjoy it, and if you hate it or if it doesn’t run, leave us a comment or tweetize us using our tweeterization tool.

That’s it for now and I guess we’ll see a lot of you next time! 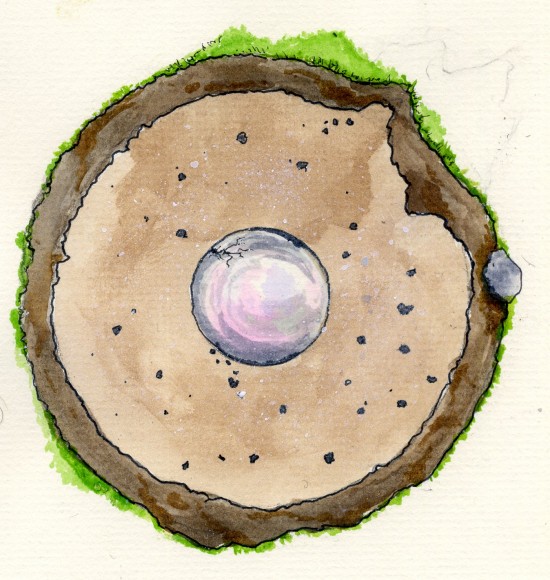 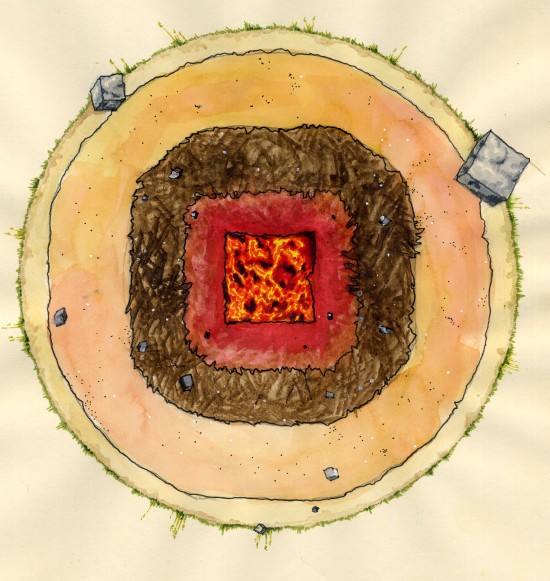 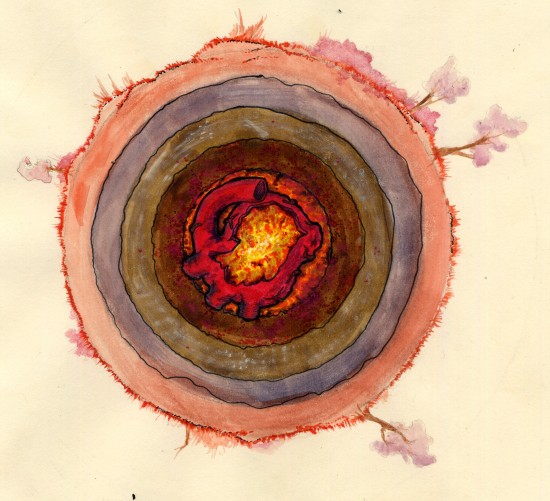 Poiesis is the game we created for Ludum Dare 23, a game jam in which we were supposed to create a videogame in less than 72 hours in april of 2012.

You can find the original page of the game when it was published on Ludum Dare’s website and it’s Making-of in two parts here and here. The game was very well rated (2nd in innovation, 3rd in theme and 14th in graphics out of the 1404 entries) and we received lots of positive feedback on it.

The theme of the jam was “Tiny World” and we wanted to make a game in which you felt the scale: things are small and hard to manipulate… Now while we are thrilled that our first game got us so
much attention, we also were not really happy with it as a game. In truth, Poiesis in it’s actual form is more of a toy than a game and since we rushed its development, it’s hard for us to dive back and change it altogether without going back full time on it.

So we provide you here with a build of Poiesis, free for you to try and play around with and if you have any good idea on how to make Poiesis the superb game it deserves to be, please let us know in our forums!

Poiesis is, as of may 2013, in dormant development.

originally posted on april the 27th 2012 on Ludum Dare’s website, this article is the second part of the making of Poiesis. You can find the second part here.
Hi, we are Them Games.
In this post, we’re going to make a lot of bad jokes and take you through our thought process for the design of our entry: Poiesis.
We are a 3 man team, on our first Ludum Dare, a game designer, a coder, and a… What the heck do you do again Claude? Well, he does things for sure, including being a researcher in physics and coding and he handling production and… things…
Charles does code and research in Evolutive Artificial Intelligence and Oscar, does game design and makes smoothies for the coders. He’s also an art counselor in Paris.

Add to that a fourth dood, friend of ours who did the pretty neat music you’ll hear in the game, his scene name is Humbert Humbert and you can find those soundy things he makes here.

The Jam started at 3am Paris time, we grabbed the Theme from iRC and started thinking. In itself, thinking was already kind of a first for us, we don’t do that often.
We started by dissecting the theme: Tiny World… First it wasn’t Tiny WorldS so we kind of scratched ideas about a multitude of worlds. The richness of the game would have to accommodate for more than one world, but no swarm of worlds for us, or at least, no gameplay focused on how many worlds you can create / destroy / have sexual interplanetary intercourse with.
Then, what’s a world: you could think in terms of game levels, but it seemed really too evident and probably too self-referential to the world of games to go for Mario and then make the levels tiny. We decided to go for worlds as planets.
Tiny was really the key part, what is tiny? Well, small things… And we were not the first ones to think of that: shortly after the start of the compo, Ludum Dare released on the official twitter the famed scale animation. If you look at it again and imagine the sheer magnitude of the variations in scale, there is only one conclusion : WOOOOOOOOOOOAW things are soooo biiig and so smaaall…

What we took out of our first hours of discussion was simple: as Claude elegantly put it “Scale is a matter of perspective, and so it’s not really about how big or small things are, but how they are perceived in their respective size.”
From then on, we scratched the ideas we had had of a platformer with big or small characters, too hard to fit in the theme in our minds without going for an entry that would have been completely thematically disconnected while trying to artificially cling to the theme with graphics and narrative.

Now Oscar, being the game designer he is said “but things don’t only have to be tiny, they need to feel tiny, in every aspect of gameplay. Graphics are secondary in the matter, we can always make things look small by drawing a big tree nearby”. The idea then came of a tiny world that you had to do things on but that felt so minuscule that you couldn’t really manipulate it… It had to feel so small, so fragile that anything could break it. The concept of the game was born: the player is somewhere between a jeweler and a surgeon, a scientist and an artist, who has to manipulate things around his tiny planet.
Now the idea of making a quick game and then using the rest of the weekend to go outside and play hide and seek naked in the rain conflicted with the idea of getting a lot of people to have a good time and get to know us as game makers. But while we do seem to have problems with our manhood (according to the amount of spam we get for Scottish penis enlargement kilts) and would love to compensate that by making Call of Duty 5, seventy-two hours is not a lot, so the aim was to strike the right balance in the scale of the game.

Watercolor assets in the making.

Note how at this point, Oscar made sure to stop the game design process. Why? Well let’s ask him:
Hi, I’m Oscar; I’m a game designer with Them Games. Now what I really needed to start with is not game design, it is systemic design. You create a model, a small world, with its rules that you can tweak and its ways you can try. Once we’ll have our first prototype, and I can try a few things in it, I’ll be able to listen to where the game itself wants to go, what kind of directions can be followed and what fun can be had.

It was then time to talk about the Art Direction of our game. Oscar went in the next room and came back with surgeon tools of his grandpa that were actually used in the 1940s, for the aforementioned grandpa was a doctor in the second world war. Yeah. For real. Yes. We know, we have actual historic WWII tools in our game, how badass is that?
He came up with the idea of mixing watercolor painting with photographic elements to give a real look to the game: the rust, the grit of the tools were to convey their real human scale, while the size of the tiny world, compared to those, was to feel minuscule when seen alongside the photographs.
Now at that point, Charles thought the photos thing would not mix well with the rest, and he took a very important and hard decision: despite his judgment and his gut feeling, he trusted Oscar to make the right decision, which was a blind bet on his part, considering he had to wait no less than 24 hours at least to feel confident that he had made the right choice. Knowing your friends, their strengths and learning to trust them when on short projects can save a lot of time.

From then on, we started jammin’, yeah jammin’, jammin’ in the name of the Lord…
All the difficulties and technical mishaps, as well as all the menus and recipes we cooked will be detailed in a further post if this one gets some cheap laughs.

In the end, we ended up with an unfinished game, which is, with every hour that passes, closer to being a more polished, better refined product that you will all get the chance to enjoy, but in the meantime, why not come by and drop us a line in the comment to tell us what you thought of Poiesis, our Ludum Dare entry in its unfinished state? And if you like it, be sure to try the bugfree version!
Thank you for reading and thanks to the Ludum Dare guys for all the fun and emotions we had in such a short time. Thanks also to @YbouH for droping by to take photos and make jokes!

You can keep in touch with us via Twitter for now, and tweet us your favorite Little Johnny’s jokes @ThemGames.

After nearly 1 day into the competition, we have graphics, a gameplay and a name… Well, we’re pretty sure we do…

Food helps us get through the hard debugging sessions, and more than anything else, the trigonometric hell we’re building up slowly. Complex numbers to the rescue !

We’re recording a time lapse of the event, that will be available online afterwards ! Follow the rest of our updates live on our twitter.

Already tired, we’re chilling out at the third zog’s appartment. We’re very excited and more motivated than ever by Ludum Dare !

Theme will be released at 3 a.m., we plan on a first brainstorm before a short night to get coding and making whatever our game will be made of.

We’re recording a time lapse of the event, that will be available online at the end of the competition.