Yore is made of many a story, and all those you’ll play will be yours.
However, there isn’t just one type of stories, is there?

You’ve been told bedtime stories; you surely had to read fables in schools; your family might have taught you superstitions, and sometimes, around a campfire your friends told you about weird urban legends that still haunt you to this day. You tried to explain the movie you went to see last night and might have rephrased some of its best moments to make it sound even cooler, or that last manga you read with your friends at recess, and during breakfast you shared your non-sensical dreams… but they did make sense when you lived them!

Maybe you wrote your own stories, novels ideas used to swirl in your mind, did you write them down? Do you still keep that notebook? Did you ever show it to anyone?

When we started imagining our next game, Yore, a game in which you combine stories and memories to create levels for you to play, we brainstormed, looking for stories that were deeply weaved in our culture, famous enough, in one form or another to be known by most of our players. 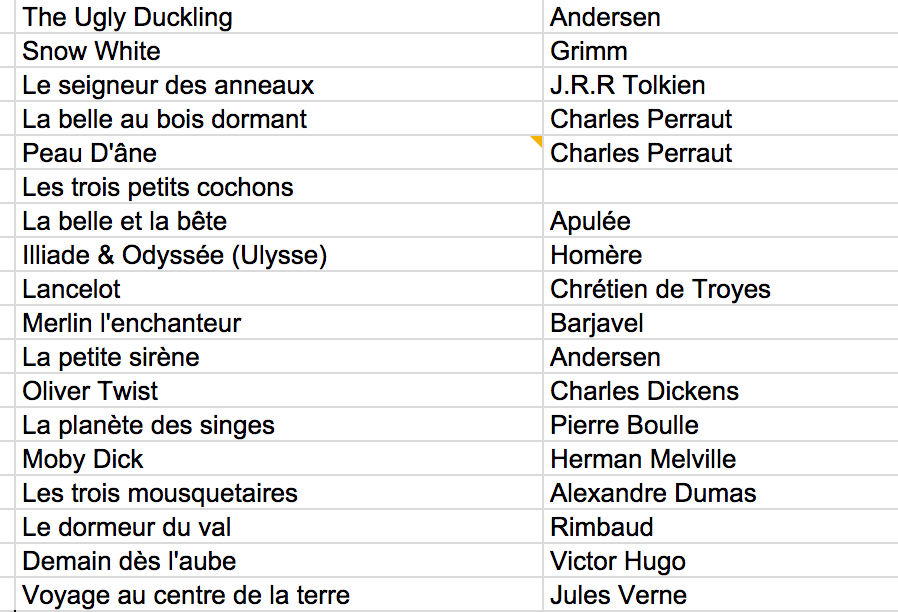 Our sources for stories are the classics, Grimm, Perrault, the Thousand and One Nights, Andersen, but also other ones, our childhood cartoons, our comics, and so on. Surprisingly enough, in a good way, we all have different references, so when someone only heard about a story, the others might have read or even studied it. Due to this abundance of stories, making a game where anyone is able to recognize at least a few tales that are meaningful to their childhood is a really tough challenge. At some point, we had to accept that there was no such thing as “absolute cultural reference that everyone on Earth knows about”. So we focused on the story *we* wanted to tell, with pieces of tales that lit up nostalgia in our hearts, and were precious to our friends and relatives.

That’s how with the three of us, we began to compile a list of the stories that we though shaped our world (trying to manifest them in our game world in the form of objects to be collected). Then we asked our families and friends to tell us memories and stories from their childhood. We want the tales that touched human beings, not the best-sellers of whichever’s year.

Then comes the other true challenge for us in the making of Yore : how to allow players to craft the tales they will cherish as much as their childhood memories ? This process must feel natural and organic, so as not to bring any constraint to one’s creativity. Stories could certainly be cut into clean parts and then assembled mechanically for every single kind of story, but then the seems would show. We decidedly did not want to take that route.

Many theorists such as Vladimir Propp or Joseph Campbell tried to extract from stories their most universal structures, but even their models have limits.
Campbell’s Monomyth, described in his book ‘The Thousand Faced Hero’s Journey’, applies really well to didactic, adventure stories such as Odysseus or Harry Potter. 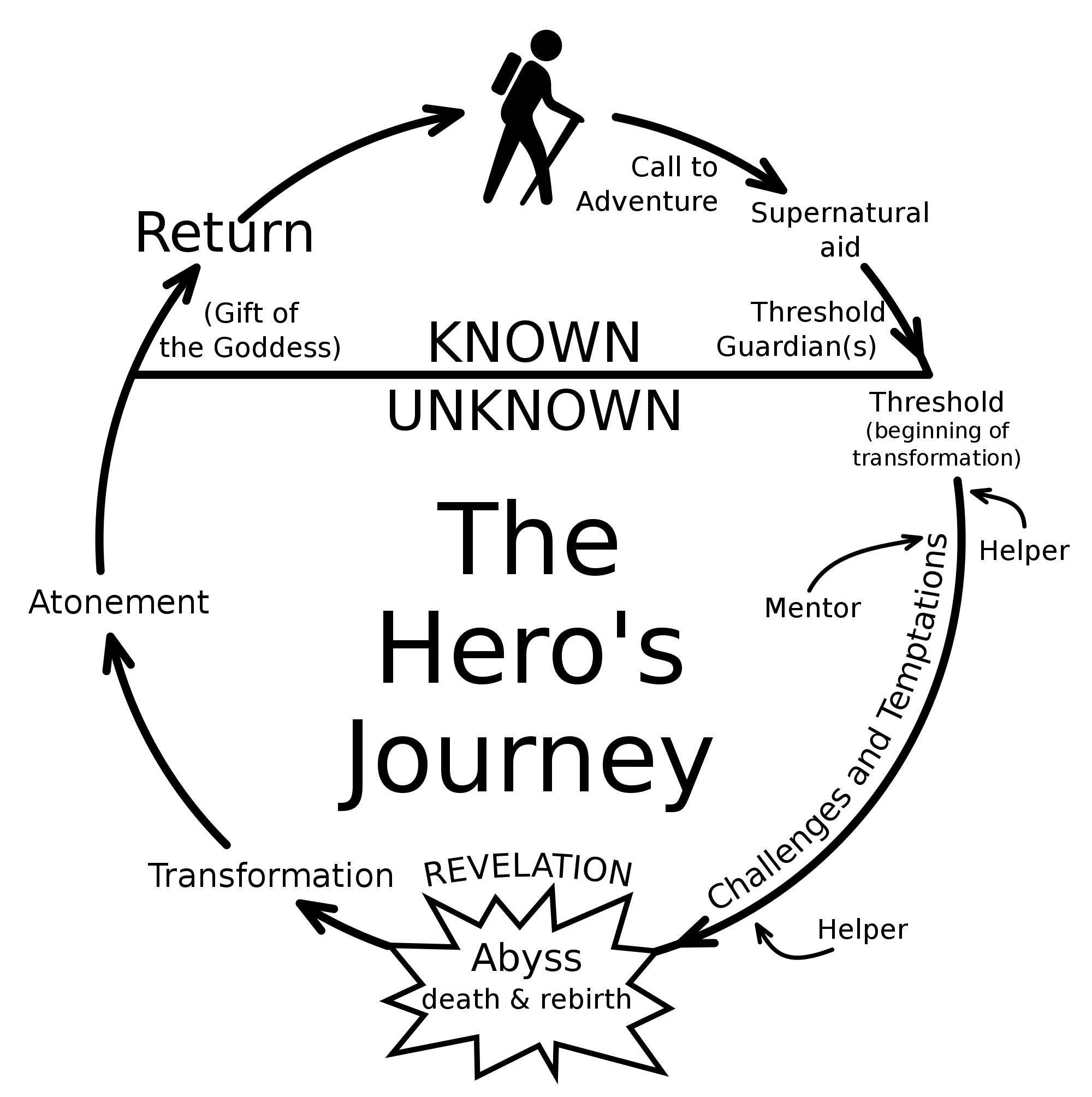 Propp’s structure is long of 31 steps split into 5 phases, no less. It’s quite similar to Campbell’s, and bears the same limitations: it fits an epic, or an adventure story, but both models seem structurally forced when applied to smaller scale folks tales, novels or even retelling of human memories.

There’s also the fable, which aims at conveying a message to the reader. This lesson is often a glimpse at what life, and other people, can do to you: acts of mercy and kindness, treachery, or simply ‘seize the day but please, stock up for winter’. Fables are much more directed in their politics or narrative, they aim to convey or explore themes by abstracting them in narration. This relationship to reality is partly why we chose to subtitle our game “Slumbertime Fables” because there is a deep connection between the stories and the reality that birthed them.

And then there are memories. A smell, a particular light falling on the clouds in autumn, or the sound of someone cooking in the house. Memories are the seeds that can bloom into magnificent stories, and gather your memories is most certainly the way to find inspiration and write some great stories or fables.

In Yore, these memories will be Valériane’s. As Oscar explained in our announcement trailer, you will explore Valériane’s house alongside her. You will reopen locked up wardrobes, family albums, try to access the attic, and look for mementos of her past life. Tickets, trinkets, clothes, and photos, souvenirs and baubles, finding the lives trapped in these objects…
And as Valériane remembers, you’ll learn more about her and combine those souvenirs to remind her of her life and infuse new life and meaning into those almost forgotten memories.

This is it : now you know a lot about the origins of Yore’s lore! Don’t forget that you can help us make the game by sharing this update around you

Next time, we will tell you more about… us!. Until then, stay tuned on Twitter, Facebook and our forums, and have a great week!

Why is Valériane an old woman?

It might be trivial to ask that or even insulting to some…
«Why is that even a question worth asking?!» could one exclaim: why in the modern world would we even bother justifying ourselves on the gender of our character… Especially if it’s a woman since there are so few of them you can play in video games.

Well, we live in a world… Yeah that’s it.
Our game unfolds as a cultural object in a world. A world full of bias and doubts, a world sometimes full of discriminations and clichés and tropes which makes crafting a story and choosing its elements and ingredients a series of difficult choices, some of them seem to have no right answer.

The story of Yore was a very personal one, for me, I carried it for a long time under my vest, but there was something about my personal history, a ray of hope that shaped the person I am today originated when I told stories to 3 little girls I was babysitting something like forever ago.
So the first thing I did when I externalized the idea that would become Yore for the first time was to say it was the story of an old man. An old man, left alone and despairing that a sudden ray of hope for a future he might never even be a part of stroke, because that old man was me…

First test for the old man

But then, a lot of things changed in the world, a lot of things evolved and new subjects were brought on the scene and my story of one more man in a sea of male protagonists suddenly began to feel a little at odds with my wish to make the world of video games a better place for women.

So that nameless old grandpa became a nameless old grandma, since their story was yet to be written. Because the game’s idea was first built on the storytelling gameplay, there was no “what works best with the story”… It was all about what we wanted to add to the world in which Yore would come out.
The choice we laid out was thus: either our hero is a dude and we get one more guy protagonist out there or it’s a woman and… what does that mean.
Well, our main character is a stay at home person that lives in the memory of their loved one and isn’t actually doing anything with their life… Suddenly that person starts to take care of children and discovers the joy of telling stories… We felt that was such a cliché for that character to be a woman. Dressing back womanhood in the usual habits of motherhood and child-care.

Here is an example of what I was talking about earlier: both choices felt weird to our team… So what about a trans grandma ? Well, why not!?
However, for reasons that we will not reveal right now (elements of the story), so that our world feels folk-tales like, that solution didn’t seem perfect either. There is definitely bias here about what feels like this deep childhood nostalgia to us, and we do not mean to offend anyone. I just wanted to state that trans people exist and have to be treated as equal to others and included in stories, our protagonist didn’t feel like the right one for that job. Maybe next time.

We considered this situation at length, there is a very precise memory etched in my brain of the moment where we all felt silent and thought deeply in our meeting room, weighing in the options… Then we chose, knowing that none of the choices were without consequences, and Valériane became a woman, living in France (and why the story happens in France will be revealed in an upcoming update, coming to you at the end of December).

Again, our choice isn’t perfect, some other things came into consideration : during our research into what stories resembled ours, we remembered that an old grumpy man living alone had been cast in Up by Pixar and we didn’t want to feel too derivative.
There were other earthquakes in the world of video games and some biases against women were made even more apparent.
And to some extent, talking about a character that was raised in a small town, in a time when people used to have more defined roles in society made us feel kind-of-sort-of-not-really-but-maybe-a-little that casting a woman in a motherly role wasn’t as huge a problem for us as it would’ve been if the game talked about young women living in the future (full disclosure, there are some in our team that feel this is only rationalization :P).

After taking that decision because one had to be made, we started to flesh out Valériane as a character, her life, her story, her memories and feelings, and it became clear that we felt a deep attachment to this character that would make it really hard to start over again.
Although this article may feel very final, we are ever open to suggestions so if you have opinions on this decision, please take to the forums where we’ll be waiting for your reactions regarding this choice.

Our next project, Yore: Slumbertime Fables, is officially official! 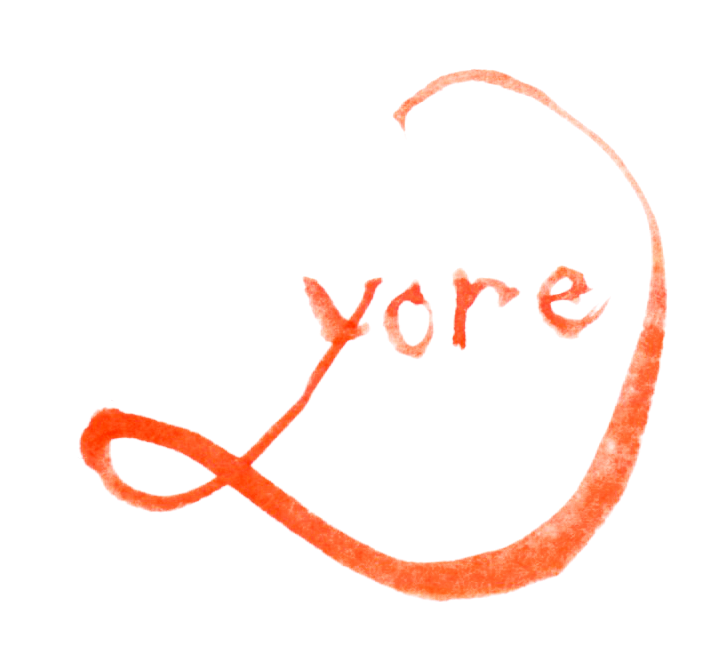 An old woman, tales, memories, all in delicate and colorful water painting.
Stay updated by following our Twitter and Facebook!