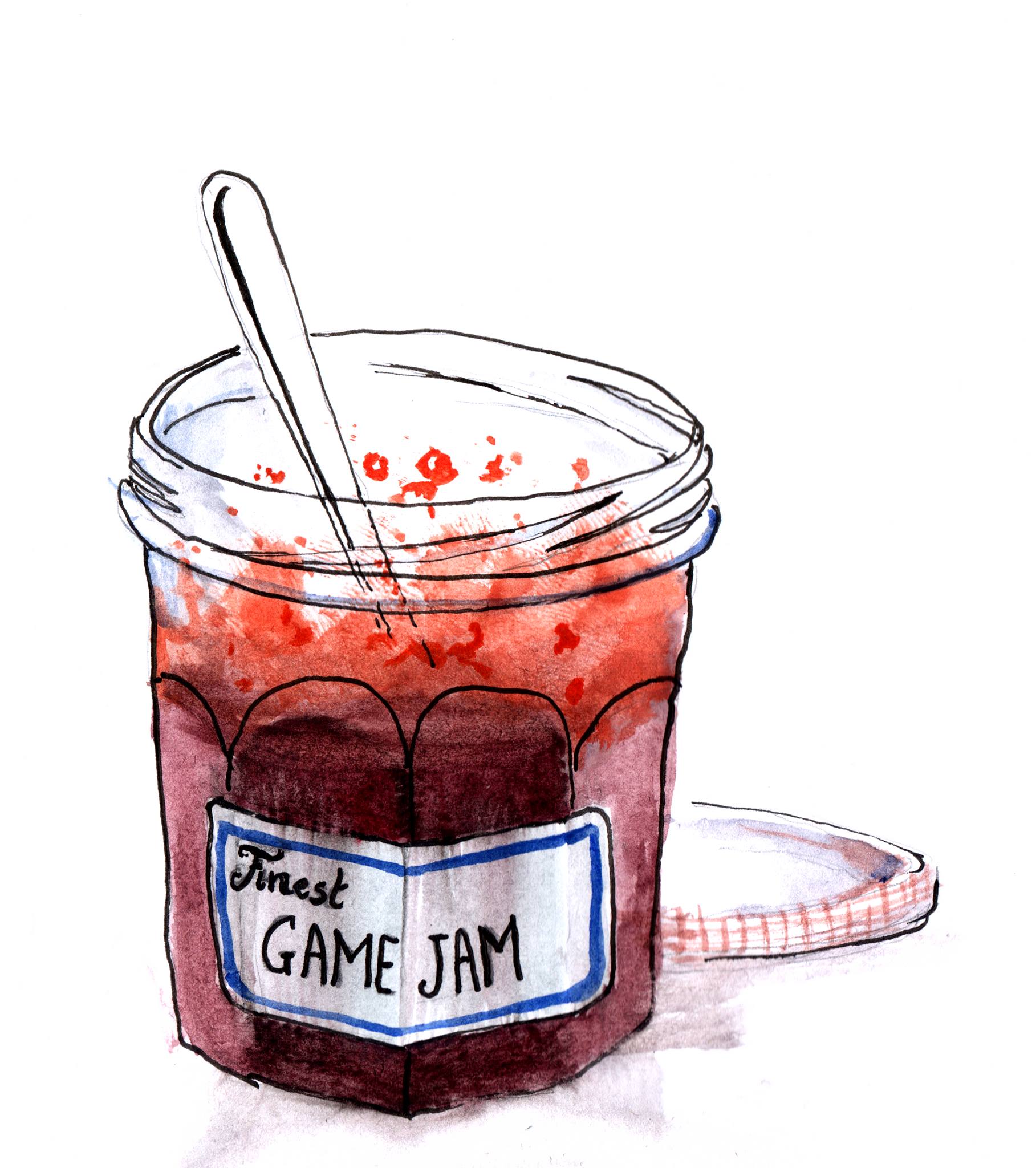 Here it comes, a new article from Them Games!
So we went looking over the internet but could not, for the life of us, find a list of video games made during game jams – a sort of compendium of success stories if you will!
Of course, this list is far from complete, and will be updated as jams and time pass.
Drop us some names in the comments or by email, we’ll be pleased to add them!

So here it is, in all its glory:

«Someone who thinks games are not culturally interesting is illiterate. It’s 2014. Be a snob, not an apologist.» – Eric Zimmerman

When I talk about Art movements, I imply that games are Art. This first article is not mandatory in the series but, I will lay down foundations and will be going through the different tools I use every day talking about games to a general audience (which is my job) often ignorant (and sometimes very dismissive) of video games. You might therefore find in this section a good selection of vulgarised ideas to use on your uncle who only sort of gets technology and literally plays zero video games in order for you to gain his approval on your way of life. 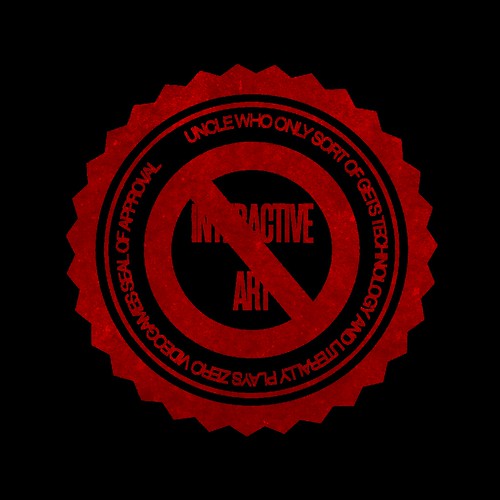 A foreword of advice

When I introduce video games as an artform, I answer the question straight away: they are.

If global warming has taught us anything it’s that close minded people are not accustomed to the precaution of vocabulary any scientific method commends. You need to express the consensus in simple and direct terms, with certainty if needed. If you are proved to be wrong in the future, do correct yourself but if at a given time, global warming strongly seems at 97% to be human caused say it is. Don’t lose yourself in jargon defending “a very likely theory”. Say “the science is certain and irrevocable, it is”. You are the knowledgeable person on the matter, act like it and make your point before presenting yourself as just another member of an ongoing conversation where everyone has their equal say even.

«Well, the consensus is that it’s likely even though in the industry many people still think that…» no, skip this part and go straight to this one:

Music is aesthetic meaning from sound, Pictural Art is beauty born of visual representations through paint or drawing, architecture is giving meaning to a traverssable sculpture and games are the art of giving humans something to do. Their meaning is coded in rules and abstract propositions and is expressed, made apparent and senseful through active participation in an experience.

Monopoly, Pong, Rugby, all give you something to do and you derive meaning and aesthetic through acting out their rules.

What the game of Go says about the human condition is in its ruleset and remains consistent while played with beer caps or on an ivory board just as Mona Lisa would be the same painting while shown at Le Louvre or in the Amazonian jungle. Context is context, not the piece itself. Even though Go’s meaning is, as all Art’s is, open to interpretation.

Take heed though: saying games are an art-form does not mean every game is Art: much like not every movie is Art, nor is every book or dance move, theatre piece or music track… The vast majority of games played in the world is likely to be non-formalised: you play with water under the shower, run your fingers on the edge of a bench, try to avoid walking on certain-coloured pavements…

And even in the products that come to market, the vast majority of them are kitsch: a dumbed down expression of the art-form, reduced to it’s barely-meaningful parts.

The kitsch paintings of yore were the reduction of the Art of painting to a mass-produced, landscape-adorned, decoration object. When they originated in industrialising Europe around the 1860s to cater to the demands an ever-rising middle-class of bourgeoning bourgeoisie trying to mimic the richer aristocrats, kitch painting became that decorative less-than-Art, non-meaningful or talk-worthy, utterly conventional class of objects that resemble great museum pieces in many ways but carry as little meaning as possible. Kitsch exists everywhere, in every media and art-form and is made to be absolutely and unreservedly non-thought-provoking. Most games are Kitsch but not all of them are.

Pop culture is built on kitsch.

And if you (or your uncle) can’t point to a piece of Art in the field of video games, think of it like this: when the Lascaux paintings were made, could anyone point to a masterpiece of a painting? Likely not at the time but it did not mean that painting could not be an art-form, just that in this precise context, no œuvre was known to the early wielders of pigments that could be pointed to as an illustration of a realised potential. It likely took literature, dance, sculpture or music millennia to mature, don’t expect video games to do so in 40 years.

Video games have not been here for long and not being able to point to a chef-d’œuvre of the field does not mean there can be none.

While talking about Art movements in games, we will examine the game-part of the pieces evoked. If you’d allow me, I will illustrate this with a game most everyone has played or seen enough of: the first Mario Bros.

The game-art underlying the piece, is making you jump and avoid obstacles, it is making you reflect on a projection of yourself moving through perilous environments and the emotions born of it. That is what I will be talking about and analysing.

Now “Platformers” are a genre, they are not really an Art movement: they have many of the qualities movements have had in the past: they adhere to a ruleset of stylistic and thematic approaches, have an underlying theme of peril generally running through them and express it mostly through a set of tools and techniques (pixel art, fixed cut 2D perspectives) that say something about what it means to be human and how games should treat them according to the genre, but their expression comes from somewhere deeper.

Mario is the piece

Platformer is the genre it inhabits like still-life or thrillers.

Pixel art, chip tune, 2D are the techniques, like paintbrush or charcoal drawing, like handwritten or printed, like what instrument is playing the music you’re hearing.

What Art movement does Mario belong to? I don’t really think it belongs anywhere… It’s a piece that stands as an exploration of possibilities in a barely born medium and is therefore quoted to illustrate what I mean by “game part” rather than to tease a first movement.

We might note here that some Art movements, techniques, and historical moments are linked (like impressionism and oil painting around a certain period or baroque music and clavecin, gothic architecture and stone) but the are not necessities of one another. One could make a impressionist drawing, a 3D platformer or a plastic church in the purest flamboyant-gothic style.

In this exploration of the young art-form of video games, we will try to pinpoint these early Art movements, some of the ones I find interesting or worth talking about for what they have achieved or what they say about us, humans playing with them.

The first upcoming article in this series will be about the first one we identified at a café in the middle of the summer of 2012 with Heather Kelley, Brandon Boyer, Alex Fleetwood, David Calvo and my humble self from a pun I had made earlier coining Journey, Dear Esther and Gone Home as “Justwalkingism”.

I will, as I have done in this too-lengthy-of-an-introduction use many hazardous metaphors and comparisons to help me make my point, they are not to be taken at face value but rather understood as a way to help us all think of games in another light and try to formalise the premises of a grammar of video games that I have been willing to start writing about for too fucking long.

If you wish to participate in the conversation, feel free to do so in the comments, on our facebook page, harangue us on twitter or mail me at oscar@ ourwebsite adress which is themgames.net.

We put inSynch on Greenlight and hope that you’ll take a second to go there and vote for us so we can get into the biggest store in the world! 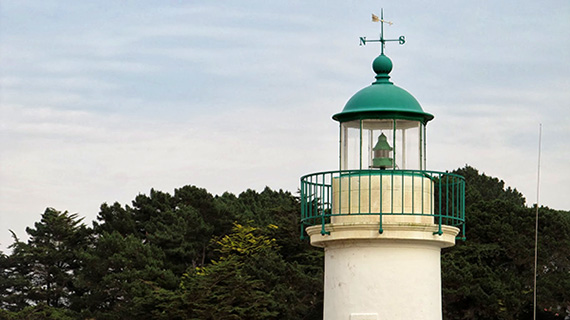 If you’re like-minded, we would love it if you could share it with your friends

Our game, inSynch, our first commercial release is finally out. inSynch started as a group of 3 guys who wanted to make some things together and then did on a fun occasion. When that was done, we said “let’s make a video game company” and on the 11th of October 2011 we did. 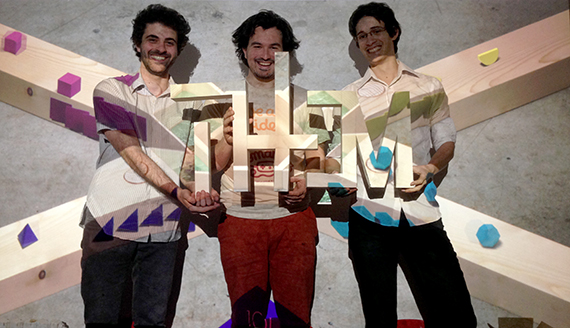 Now, 927 days, a PhD for Charles, moving in together, working hard and a lot more later we are proud to present inSynch to you who are reading these words.

We hope you find this humble assemblage of code, music and photographs to your liking, you can find more information and a purchase link on the game’s dedicated page:

If you are so inclined, you will find in the coming days some links to thoughts and reviews that the press might have published about our game on this very page.